Formed in 2006 and hailing from Portland, Oregon, Million Brazilians has become one of the most interesting projects to emerge within the American experimental underground scene of the last decade. Featuring the permanent duo of Grant Corum (woodwinds, electronics, voice) and Suzanne Stone (saxophone, voice), as well as a rotating cast of instrumentalists and collaborators, the band has blended avant-garde and rituals to create mystical soundscapes, which echo its place of origin, and pay homage to 1970s icons of experimental music.

The bands’ latest effort, Red Rose and Obsidian, released by Lullabies For Insomniacs imprint, stays firmly on the path explored thus far, and combines traditional instruments and electronics, in order to offer the listener a voyage through sonic landscapes.

The first track of the album, When the Ship Comes, features woodwind instruments which amplify Stone’s vocals, while the bass pulsates and guides the listener forward in a journey through darkened paths. The percussion serves to accentuate this voyage. On this track, Stone is reminiscent of Nico (of Velvet Underground fame). Each vocal part is followed by woodwind solos (one or several clarinets). Shortly before the song ends, Stone’s voice remains the only instrument, augmented by intertwined choruses. Echoed percussion and prepared sounds lead the way for the second song, Dark Clouds Gather, which serves more like an interlude. The track is built of several broad brush sounds, and the instruments almost create the image of overlapping waves, while Stone’s voice, this time in a more Teutonic vein, is highly reminiscent of Renate Knaup (of Amon Düül II fame) and seems to hover above it all. Together with the first track, Dark Clouds echoes the landscape created by Amon Düül II on their track, Pale Gallery, from the 1970 Yeti album. Towards the end, Stone’s voice is complemented by a male ethereal voice, both punctuated by chords.

Red Rose & Obsidian, the third track of the album is based mainly on acoustic guitar creating a folky atmosphere, accompanied by bass and percussion, while sounds and echoes unveil in the background. Accordingly, Stone is in a folkier mood on this track, while retaining her Nico/Renate Knaup touches. Halfway through, the acoustic guitar gives way to the rhythmic section for a few brief moments, before Stone starts her chant again. The last part of the track has the sound of the melody distorted and comes through as if it were heard on an old radio, tuned in search for the right channel. Before the song ends, we are left with only a few echoed vocals coming over an intermittent melody, which sounds as if it were played over a hand organ.

Geodelphic Empathies is another interlude which starts off with flute sounds, augmented by saxophone and occasional percussion, before turning into a solemn poetic recitative. Again, each sound is delivered as if coming from nothing and going nowhere. Only the wooden instrument remains, to open the way for Traversing the Violet Skies, where altered sounds accompany the listener in a voyage punctuated by hand drums. This time the soloing is the result of intertwined woodwinds and saxophone, playing off each other, while distorted sounds echo all along the way. As elsewhere on this record, the piece ends with only its initial melodic line delivered by the altered hand organ: in the absence of percussion, the listener is left with intermittent, broken pieces of the song’s improvisation, a decaying sonic landscape, altered by radio tuning. Echoed vocals, as if announcing a ritual, open Behold, the last song of the album, before all is shattered by a powerful bass & percussion rhythm, which forms the basis for a first altered saxophone assault. Stone’s voice is in full krautrock mood on this track, backed by a male choir. Halfway through, Stone’s chanting turns into an echoed recitative, accompanied by percussion flourishes and punctuated by bass, before returning to the Renate Knaup style of the beginning. The ending is a crescendo of saxophone and voice, with the powerful rhythm of the beginning, which drops down just before the album ends.

The ocean shore inscape artwork is signed by artist Mati Klarwein, famous for his works on Miles Davis’ Bitches Brew, Live Evil, Santana’s Abraxas, or Jon Hassell’s Dream Theory in Malaya (among many others). His style, blending pop art and surrealism, fits in perfectly with the music soundscape of the album. Corum and Stone have used the formula of winds, electronics and ethereal vocals on other albums as well (including solo projects), but on Red Rose and Obsidian they turn it from an end in itself into a means to an end, which is a mystical voyage through surreal landscapes that dissolve as quickly as they emerge and leave the listener craving for more.

A1. When The Ship Comes
A2. Dark Clouds Gather
A3. Red Rose and Obsidian
B1. Geodelphic Empathies
B2. Traversing the Violet Skies
B3. Behold 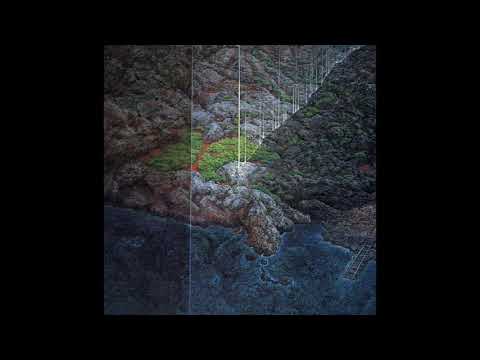 There is something equally captivating and unique in the Gnawa music tradition.

Earlier this summer while walking through an almost empty flea market on a 36°C weather, I...