The infamous electro French artist Umwelt makes a comeback with his new LP for Kilekill’s sublabel BOIDAE, ‘Days of Dissent’.

Hailing from Lyon’s fruitful rave scene of the 90's, Umwelt is the owner of two labels (New Flesh and Rave Or Die), author of three albums and uncountable EP's on labels such as Shipwrec, Satamile, Drivecom or Kommando 6.

Being around for almost two decades, Umwelt knows what’s good for you. His background is true evidence to an uncompromised sound that he’s been shaping and recreating it, for the benefit of open-minded ears from out there.

His new album is a force that strikes out from an experienced hand. He created a long journey through fierce industrial soundscapes, distorted electro and dark melodies. This is some serious stuff, a mature album providing 8 proper pieces that will make you loose your mind; bangers from the future.

Umwelt produces without computers, all his tracks are single takes, there is no editing, no mixing afterwards, he only has a stereo track recording, which is what it is.

Even if there’s a kind of comeback of the classic good old electro, not so many albums actually succeed re-creating something new. In the good old rave spirit, this album has it all: it is - to some extent - mentalist, it creates a very intense listening experience and it brings back a certain tremendous vibe that's been missing from the recent electronic music releases.

An extremely notable release by a true mastermind of French electro. Don’t miss this!

A1: Days of Dissent
A2: Factory of Death
B1: Revolt
B2: Non-Conformity
C1: Company of Lies
C2: Citadel Of The Chaos
D1: World Shatters
D2: End Of Light 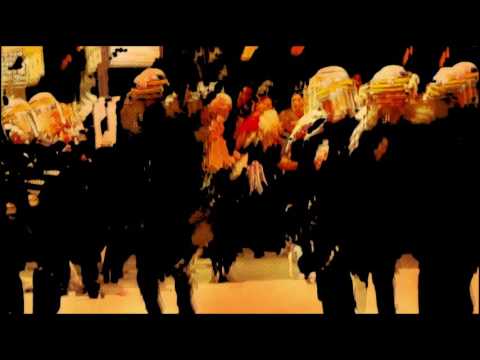